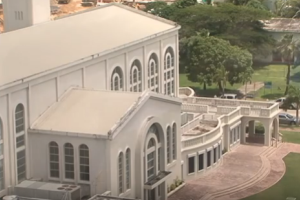 Church’s Lawsuit Filed By Abuse Victims. The Archdiocese of Boston is contemplating filing for bankruptcy protection to shield it from lawsuits by an estimated 450 victims of sexual abuse by priests, the Boston Globe reported yesterday.

Such a move by the archdiocese, which has been at the epicenter of a child molestation scandal rocking the Roman Catholic Church for almost a year, would be without precedent in this country, the paper said.

Citing a senior church official and two sources close to the archdiocese, the Globe said Boston Cardinal Bernard Law had discussed the matter but had yet to approve bankruptcy.

lawsuits against the archdiocese

Filing for bankruptcy protection would halt action in the lawsuits against the archdiocese, would prevent new lawsuits from being brought while the archdiocese reorganizes its finances and would combine the plaintiffs into a single group, the paper said.

It would also amount to an admission by the church that it was negligent in handling priests accused of sexually abusing children, and that it is liable for the claims brought against it, a church source told the paper.

Responding to the Globe story, archdiocese spokeswoman Donna Morrissey said yesterday that no decision on bankruptcy had been made. “Any reports in the media with regards to this are speculative and premature,” she said. “Our first desire is to settle in a fair and expeditious manner.”

The report came as lawyers for alleged victims of retired priest Paul Shanley prepared to release to the public this week the archdiocese’s personnel files of priests accused of misconduct with minors.

Last week, lawyers for the archdiocese and plaintiffs’ attorneys met for 4 1/2 hours at a Boston hotel to try to discuss a possible settlement of the remaining claims against the church. However, the two sides apparently made little progress toward a deal.

The Globe reported in August that church leaders were considering bankruptcy as a “worst-case scenario.” Now, a decision to file is more likely and bankruptcy lawyers are preparing the paperwork, sources told the paper.

The scandal exploded after court filings showed Law and other church leaders knew about sex abuse complaints against a priest but shuttled him from parish to parish.