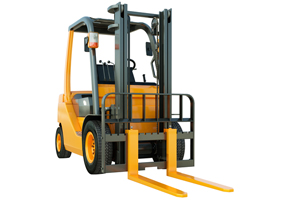 NEW YORK – The ncadvertiser.com writes that a contractor working at a medical device plant in New York has been killed in an accident after being pinned by a piece of equipment.

The victim was identified as a 58-year-old man. The worker was servicing an order-picker forklift, which was at a loading lock when the device’s hydraulics failed, and the equipment fell onto him. The man died at the scene of the accident.

The worker was not an employee of the facility, but a contractor who was working for Pengate Handling Systems of York. OSHA is investigating the cause of the incident.

According to OSHA, 5,147 people were killed on the job in 2017, which works out to around fourteen people dying at work in the United States every single day.

The most dangerous work environment is in the construction industry. Working with large industrial equipment and tools presents some inherent risks. OSHA identifies certain types of accidents that cause the most deaths in the workplace.

The biggest killer of people on work sites is falls. Being struck by an object is the second most likely accident to kill a worker. Electrocution and caught-in-between accidents, which include incidents where workers are compressed by objects or crushed by equipment, are the third and fourth leading causes of worksite fatalities, respectively.

While OSHA’s work and the implementation of safety regulations and site inspections have led to a massive decrease in the number of Americans killed on the job over the past few decades, there is clearly still room for improvement. In many situations, when a fatal accident takes place at a worksite, an inspection will find that there was a violation of some type of safety regulation that led to the incident.

Have you lost a loved one due to a fatal workplace accident?