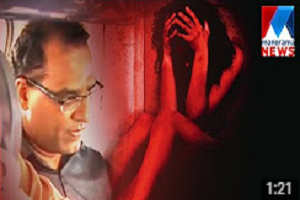 The Congregation for the Doctrine of the Faith last month upheld the decision by Honolulu Bishop Francis X. DiLorenzo to strip Bukoski of his authority to act as a priest in Hawai’i, church officials confirmed yesterday.

Bukoski, former pastor of Maria Lanakila Church in Lahaina, said yesterday that he is bitterly disappointed by the church’s ruling, but does have some job offers.

The job offers, arranged through a third party, include one in Tonga and another in Fiji. Bukoski said he met several South Pacific bishops and cardinals while serving as judicial vicar for the Cook Islands who know his work.

The 50-year-old priest, who was born on Kaua’i, said he is praying for guidance and weighing the job offers against leaving friends and family in Hawai’i.

Patrick Downes, spokesman for the Honolulu diocese, said it was unclear whether Bukoski would be able to work again as a priest. Bukoski would be required to present a recommendation from his former bishop to any new diocese where he might apply. In light of the church scandals, most bishops probably would pass on a priest tainted by sex-abuse allegations, he said.

DiLorenzo, who instituted a strict zero-tolerance sex-abuse policy even before American bishops adopted a similar one last June, removed Bukoski from his Lahaina post in May after he was accused of sexual misconduct with a minor in Honolulu more than 20 years ago.

Shortly after the first allegation, a second one dating 25 years was lodged against the priest, prompting DiLorenzo to permanently remove Bukoski in August, even before formal evaluations were completed. DiLorenzo cited canon law that gives bishops the authority to do what’s in the best interest of the church.

Bukoski declined to discuss the allegations, though he has denied them. Details have not been released, and the accusers have not come forward publicly.

Bukoski described the rejection of his appeal as a political decision

Bukoski described the rejection of his appeal as a political decision aimed at protecting the bishop. He said the bishop had denied him his rights and did not follow church law.

Bukoski characterized the ruling by church officials as merely upholding DiLorenzo’s right to make personnel decisions, and not addressing questions he had raised about the statute of limitations on the allegations, or other issues.

Bukoski said he had told some members of his former congregation about the recent setback, and they were “very upset, disappointed and sad by the way Rome has handled this.”

After his removal, hundreds of letters were sent to DiLorenzo, along with a petition asking the bishop to reinstate the priest.

Bukoski remains a full member of the Sacred Hearts congregation, an international order. Since his removal from Maria Lanakila, he has been living at the congregation’s Sacred Hearts Center in Kane’ohe, cooking every Tuesday and Thursday, providing legal advice to the order’s leaders and “being a good monk.”

Bukoski was ordained at St. Patrick’s Church in Kaimuki in 1979, served as associate pastor until 1985, then left to become superior of the Sacred Hearts Center. He later worked in the diocesan canon law office and, after obtaining a license to practice church law, was named the judicial vicar of the Honolulu diocese.

In 1990, he was elected provincial head of the Order of Sacred Hearts, serving two three-year terms. Bukoski oversaw the local beatification ceremonies of Father Damien and led a Hawai’i delegation to the festivities in Belgium. The king of Belgium later knighted him for his work on behalf of the Belgian priest who helped Hansen’s disease patients on Moloka’i more than 100 years ago.

Bukoski was assigned to Maria Lanikila in 1998.

He is not the only priest to be removed by DiLorenzo as a result of alleged sexual misconduct. In January, the bishop removed the Rev. Roberto Batoon for admitting to sexual misconduct with a minor in the Philippines before becoming administrator of the three Catholic churches on Moloka’i.

The priest, the Rev. James A. Jackson, was last reported in poor health at a New York home for retired Maryknoll missionaries. He worked in Hawai’i from 1948 to 1992 and was at Sacred Heart Church from 1960 to 1964.