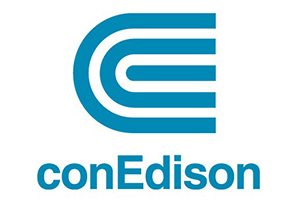 At a news conference yesterday, Tanya McCullough-Stewart said that her son was more than a tow truck driver.  She said that before the Con Edison steam pipe exploded on July 18 her son had been full of life.  McCullough was a student at New York City Technical College, a member of the Marine Cadet Program, worked as an intern at a local TV station and attended church on Sundays with his family.  Today, McCullough is a patient at the New York Presbyterian-Weill Cornell Medical Center burn unit, where he lays in a medically induced coma to control his pain.  McCullough has already undergone several surgeries, and will need many more.  His mother said doctors have told her that her son could be in the coma for several months because of the burns he sustained from the steam pipe vapors.

At the news conference, McCullough-Stewart and her lawyer announced their plans to sue Con Edison on Gregory McCullough’s behalf.  McCullough’s mother said she believe that Con Edison’s shoddy maintenance of the steam pipe network under Manhattan allowed the explosion to occur.  She made an urgent plea to any New Yorkers who witnessed the explosion or saw Con Edison workers at the site prior to the blast to contact her attorney.  McCullough-Stewart said that her son’s medical bills have already topped $1 million dollars, and she has no idea how her family will pay for his long-term recovery.  Doctors do not yet have a prognosis for McCullough, but his mother said they hope to know more this week.

Another passenger in the tow truck, Judith Bailey, 31, was also injured in the explosion.  The mother of two little girls suffered burns to 30-percent of her body, but is improving.

Also attending the news conference was Junior Suarez, 20, the man McCullough-Stewart credits with saving her son’s life.  Suarez encountered McCullough outside his building after Suarez was evacuated.  Suarez said that McCullough was screaming in obvious pain, and as he tried to help, he noticed that his skin had burned off.

The July 18 explosion occurred when a 24-inch steam pipe burst.   The pipe was part of an underground network used by Con Edison to heat and cool Manhattan buildings.   The resulting explosion sent hot vapor and asbestos-laden debris hundreds of feet into the air.  One woman died as a result of the explosion, and as many as 40 people were injured.