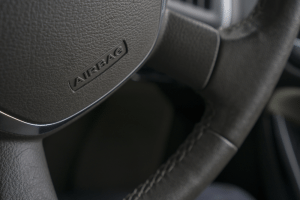 Takata Plead Guilty In Court As Part Of A Settlement Of Charges. On February 27, 2017, Takata Corporation pled guilty in U.S. federal court to a felony charge as part of a $1 billion settlement of charges stemming from its faulty airbag inflators. The proposed settlement includes compensation funds for automakers and victims of the defective airbags.

U.S. District Court Judge George Steeh approved the previously agreed settlement, despite objections from lawyers for victims of Takata airbag explosions, Reuters reports. The victims objected to the automakers being identified as victims of fraud. But Judge Steeh said automakers could be victims of Takata’s decisions to hide evidence over 15 years that its inflators were defective and still be subject to civil litigation for harm done to individuals. As part of the agreement with U.S. authorities, Takata has agreed to pay a $25 million fine and has 30 days to pay the $125 million for victim compensation, Reuters reports.

The defective-product attorneys at Parker Waichman are available to answer questions about the Takata airbag recalls.

Nineteen different automakers have recalled vehicles to replace front airbags on the driver’s side or passenger’s side or both.

The National Highway Traffic Safety Administration (NHTSA) described this as “the largest and most complex safety recall in U.S. history,” according to Consumer Reports. The airbags, made by Takata, were mostly installed in cars from model years 2002 through 2015. Some of those airbags could deploy explosively, sending shrapnel into the passenger compartment, injuring or even killing occupants.

The fault is with the airbag’s inflator, a metal cartridge loaded with propellant wafers, which in some cases has ignited with explosive force. If the inflator housing ruptures, shards can be sprayed throughout the passenger cabin. To date, there have been 11 deaths and approximately 180 injuries in the U.S. linked to the airbag defect.

NHTSA has traced the problem to Takata’s use of an ammonium nitrate-based propellant without a chemical drying agent. In hot, humid climates, and with older airbags, the airbags might not inflate properly or they might explode, propelling sharp metal and plastic fragments around the passenger compartment. The early recalls, for Honda models, included vehicles in states with high heat and humidity. But eventually the recalls expanded nationwide and to many automakers. Consumer Reports says the recall is expected to involve 42 million vehicles in the U.S., and between 64 and 69 million airbags. Owners can visit www.safercar.gov to see if their vehicles are included.

Automakers in the United States will continue to recall defective inflators through 2020. Federal regulators say the automakers are responsible for replacing defective airbags no matter what happens to Takata.

The status of the criminal charges has complicated Takata’s efforts to find a buyer or a financial backer. Now that the settlement and penalties have been accepted, Takata may be able to move forward with a deal. Steeh noted that federal guidelines allowed him to impose up to $1.5 billion in fines. But he said he approved the lower settlement because Takata could otherwise be pushed into bankruptcy and this would have delayed efforts to replace millions of potentially deadly inflators still on the road. U.S. vehicle owners have sued Honda, Nissan, BMW, Ford, Mazda, Toyota, and other automakers, alleging the automakers knew about the defective Takata airbags for years but kept using them. Lawyers said the automakers acted “recklessly” because “they were focused on the low price of Takata’s inflators and concerned that if they stopped using Takata’s inflators, they might not have a sufficient supply.”

In January 2017, Takata agreed to establish two independently administered restitution funds: an $850-million fund to compensate automakers for recall costs, and a $125 million fund for individuals injured by Takata’s airbags who have not already reached a settlement with the company, according to Reuters.

A number of U.S. senators have called for more compensation for victims and have opposed any payments to automakers, arguing that they may have been complicit “in Takata’s fraud.” In a statement, the senators said, “No automaker should receive a single dollar until we fully understand their involvement in this fraud and how they so massively failed to protect their customers.”