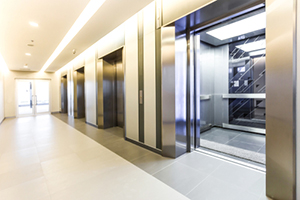 According to a media release published by the U.S. Consumer Product Safety Commission, ThyssenKrupp Access Corporation and the CPSC have reached a settlement agreement concerning injuries and deaths caused by the company’s residential elevators.

The news report states that children have become entrapped in the space between the elevator car door or gate and the exterior hoistway door resulting in life-threatening injuries and deaths when the elevator is “called” to a different floor.

The Consumer Product Safety Commission announced that the administrative lawsuit against ThyssenKrupp Access Corp. (TK Access Solutions Corp.) had been settled. The administrative lawsuit was filed in July 2021, and alleges that residential elevators under several TKA-owned model names, including Destiny,  Chaparral, Rise, LEV, LEV II, LEV II Builder, Volant, Independence, Windsor, and Flexi-Lift were made and retailed to dealers between 1996 and 2012.

The lawsuit also alleged that there had been three tragic incidents involving those elevators, including a 3-year-old becoming permanently disabled and a 2-year-old who was tragically killed by the defect. The settlement required TKA to recall, inspect, and install space guards at no cost to its affected customers.

The consent agreement resolves accusations that the elevators are a danger to children since they can become entrapped in the space between the elevator car door/gate and the exterior hoistway door resulting suffer severe injury or death when the elevator is called to a different floor.

The CPSC recommends that homeowners should not permit children living in or visiting to access the residential elevator until the inspection and installation of space guards.

According to the report, this settlement does not create a determination by the Commission or is an admission of guilt by TKA. There are approximately 16,000 residential elevators that were manufactured and distributed by ThyssenKrupp Access Corp., ThyssenKrupp Access Manufacturing, LLC, National Wheel-O-Vator, or Access Industries, or through 2012.

Did you or a loved one sustain harm due to a recalled or dangerous product? Parker Waichman LLP helps those who have suffered product injuries receive full monetary compensation. Trust your case with our product injury lawsuit lawyers. For a free consultation, contact our law firm today by using our live chat or calling 1-800-YOUR-LAWYER (1-800-968-7529).