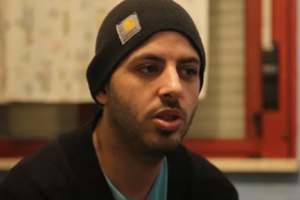 Sex Abuse Case Against Priest. For Dan Wagner, it was a painful lesson in high school journalism: Stop circulating your newspaper, or you won’t graduate.

The orders to remove the underground paper from Central Catholic High School in 1985 came from one of the school’s best-known teachers, Father Dennis Gray. His objection: an article accusing him of sexually abusing boys at the school.

Seventeen years later, alleged victims of the once-popular priest say the warning flags about Mr. Gray were raised two years before he left the priesthood in 1987.

But no one listened, and as a result, three more teenagers were molested and raped by the man known as Father Denny, lawsuits say.

Instead, they moved him from parish to parish to cover up his misconduct between 1975 and 1987, the suits say, following a practice that has existed in other cases for more than 40 years.

The revelations prompted angry phone calls to Toledo public schools, where Mr. Gray has worked the past 12 years, and to the diocese.

And now, two local priests are calling for Bishop James Hoffman and Auxiliary Bishop Robert Donnelly to step down.

“A complete overhaul is needed in the present leadership,” said the Rev. Patrick Rohen, a former military officer ordained in 1996.

Since last week, three more former students have stepped forward, claiming they were molested at Mr. Gray’s cottage in what is the largest sex abuse case to strike the local diocese.

Church officials say they were unable to substantiate Mr. Gray’s alleged sex abuse until 1995 – eight years after he left the priesthood.

While Mr. Gray was still a priest at Central Catholic High School, diocesan officials were alerted to a police investigation of then-Father Gray.

Maumee police say the priest scared an altar boy before Mass in August, 1985, by placing the boy’s hand in a “nerve hold,” and cornering the youth in the sacristy at St. Joseph Church.

With the 11-year-old boy “trapped,” the priest told the youth “he was supposed to submit to punishment,” a police report states.

Mr. Gray backed away from the boy after a deacon came into the room, the report says.

No charges were filed, but a Perrysburg psychiatrist who later treated the youth wrote a letter in 1986 to the Rev. Martin Donnelly, then Central Catholic High School principal, warning officials about the priest.

“I believe I am ethically bound to inform you [of the allegations] so that you are in a position to ensure that the students at Central Catholic High School will not suffer a similar experience,” wrote Dr. Emma Cintron, who also urged the diocese to order the priest to undergo a psychiatric evaluation.

That same year, a Central Catholic student who is now a Toledo police officer said he was threatened by Father Gray after the teenager published a newsletter saying the priest was sexually abusing boys at his cottage.

“He told me he would make sure I never graduate,” recalls veteran Officer Dan Wagner, a 1985 Central graduate who was not abused.

“The newspaper was read by my class, but Gray made me stop distributing the rest of the copies,” he said.

The policeman and the former altar boy, now 28, say they are prepared to assist victims in the six lawsuits filed last week in Lucas County Common Pleas Court against the diocese, Mr. Gray, and four parochial schools where he was assigned between 1975 and 1987.

The three new alleged victims who have stepped forward since last week say they were sexually abused by the priest at his cottage at Crystal Lake, Mich.

Mr. Gray, who has denied the allegations, was placed on a leave of absence Sept. 16 from his job as dean of students at Rogers High School – the day after The Blade published an article about the accusations.

The mother of the 11-year-old altar boy in the Maumee police case said she began shaking last week when she read about Dennis Gray.

“It was my worst nightmare. I went to the diocese after this happened to my son so that it wouldn’t happen to anyone else.”

She said she filed the police report in September, 1985, and made an appointment with a child psychiatrist for her son. She wrote to the diocese, but was disappointed in its response.

“Someone wrote me back and said I was the bad one for accusing someone of doing something wrong,” she recalls. “They betrayed my trust as a parent, as far as I’m concerned. And they failed the other parents.”

Daniel Sherman, the former altar boy who is now 28 and living in Chicago, says the diocese should have removed the priest from contact with children.

“It’s really very tragic that nothing happened” as a result of his family’s complaint to police and the diocese, he said. “I can tell you he showed unquestionably improper behavior for a priest – and I saw that as an 11-year-old.”

In early 1987, diocesan officials conducted an investigation into the accusations about Father Gray’s cottage, according to a 30-year-old victim who was questioned by four priests at Central Catholic.

Soon after, Father Gray resigned from the priesthood on Feb. 15, 1987, with a clean record and no mention of the allegations against him during his years as a priest. Several months later, Bishop Donnelly gave Mr. Gray a glowing reference when he applied for a job as an adult probation officer, calling him a “bright, capable person” who would be rehired by the diocese “upon his request.” The reference outraged several local clerics, including the Rev. Stephen Stanbery, a diocesan priest for 22 years, who was one of the two priests calling for the bishops’ resignation.

The 53-year-old priest who serves three parishes in Henry County said yesterday that Toledo’s bishops appeared to be more concerned with protecting Mr. Gray’s career than they were with the safety of children.

Diocesan officials yesterday dismissed the calls for resignation as the grumblings of a tiny minority, representing only a handful of the more than 200 priests in the diocese.

Supporters of the diocese say the bishops have been sensitive to the concerns of victims, pointing to the removal yesterday of the Rev. Thomas Beauregard from his position on the diocese’s tribunal.

The retired priest, who sat on the panel that rules on requests for marriage annulments, was accused earlier this year of sexually abusing teenage girls in the 1960s during private counseling sessions.