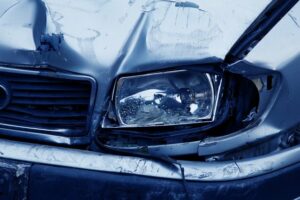 The causes of car accidents on Long Island and everywhere is pretty much endless.

Here are a few most common causes we deal with as car accident attorneys:

Video: What are some common causes of car accidents that result in lawsuits on Long Island?

In my opinion probably the number one cause of an accident is speed.

Traveling at unsafe speeds is what we see as the number one factor in accidents.

People just don’t watch the speed they’re going and they don’t regulate their speed based upon factors like wet roads, snow, ice, construction or traffic congestion.

That’s a big problem especially on Long Island where there’s just so many cars and there’s so much construction all over the place. People are also very distracted these days. They just don’t look where they’re going. They change lanes without looking, they’re talking on their phones or texting. Even if you are talking via a hands free device, you’re still distracted in conversation.

Drivers who are talking on the phone while driving can lose the sense of what’s happening even if it’s legal like a hands free device drivers can still be distracted. That is why it so important to get those involved in the accidents cell records because even if you don’t see them on the phone, if they were on the phone I as your lawyer, want that record of that call to show who they were speaking to and for how long.

That way I could show it to a jury that they were distracted. If your injuries are significant enough we will bring in psychiatrists who are experts in cell phones and and they will tell the jury how a driver is distracted even when on a hands free device or speakerphone.

Driving intoxicated is also a big problem all over the country. It is also important to document if you’re involved in an accident with somebody who doesn’t act right, sound right or smells of alcohol. When the first police officer arrives to the scene you need to tell them immediately so they can document it and ask that person to take a sobriety test.

Driving while texting is also a large factor of auto accidents. People text all the time while driving and that’s why you want to get those cell records to see if they’ve been texting while driving at the time of the accident.

They were driving on the North Way right outside of Albany and a tractor trailer driver hauling compressed hydrogen reached down to get a bottle and ended up up causing a very large accident.

His vehicle went over the shoulder and the truck tires got caught in the rut and he’s as he was trying to correct it, the compressed hydrogen the liquid started sloshing around and destabilized entire vehicle and it flipped over and blocked all the lanes of the interstate in the middle of the night at the crest of the hill.

Accidents can also be caused by a vehicle not being properly maintained. Maybe the vehicle didn’t have any brakes or it had a tail light out. Maybe the driver tried to fix the problems but the mechanic that they brought the vehicle to didn’t fix them correctly.

This is very important to know because now maybe the mechanic becomes a defendant. This is why you need to thoroughly investigate whether the defendant driver or owner of that car recently had it maintained and whether that was a problem that contributed to the accent.

Sometimes traffic signals stop working or traffic signs get knocked down. It could be that there was a telephone pole too close to the road or another defect in the roadway or construction going on. If that is the case then the municipalities are responsible in part for that accident and municipalities have short statutes of limitations.

They also have another very short time period called the notice of claim which needs to be filed generally within 30 to 90 days from the event.

Some agencies in New York have a 30-day notice of claim but most have a 90-day so if there’s a possibility that there’s a municipality involved in the accident then the lawyer needs to know that and investigate it right away because those time periods are very short.