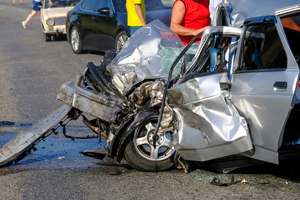 BAY SHORE, Long Island, NY — A Bay Shore man died after he was struck by a car in the town of Bay Shore. The fatal collision happened on Tuesday, September 25, 2018, around 7:45 p.m. according to the Bay Shore Patch. A 22-year-old woman struck the pedestrian. Suffolk County Police are now investigating this tragic incident. Suffolk Police have not concluded their investigation.

Suffolk County police officers from the department’s Third Squad have asked witnesses to come forward who might have information regarding the fatal crash. According to the preliminary notes provided by the Suffolk County police, 22-year-old Karina Huerto of Central Islip struck 36-year-old Carlos Flores of Bay Shore. Ms. Huerto operated a 2016 Nissan Rogue in a northerly direction on Fifth Avenue. She struck Mr. Flores as he attempted to cross Fifth Avenue near Massachusetts Avenue. Police did not say if Mr. Flores was in a crosswalk when he was hit.

Ms. Huerto did not suffer any injuries in the crash with the pedestrian. She stayed at the scene of the accident.

Suffolk County Police detectives took possession of Ms. Huerto’s Nissan SUV. The detectives will perform a safety check on the vehicle. Safety checks involve police officers who are familiar with accident dynamics and perhaps accident reconstruction, to examine the vehicle involved, here the Nissan Rogue, to learn if all of the vehicle’s safety mechanisms were in proper order. Detectives will be interested in the brakes, headlights, and sightlines, among other safety systems to rule out the mechanical error.

Detectives ask that anyone with information concerning the crash should call the Third Squad at (631) 854-8352 and speak with detectives.

Have you lost a loved one due to a death from an auto accident?