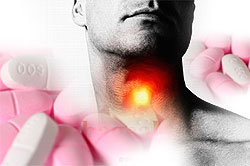 Federal drug regulators in the U.S. are currently reviewing two conflicting studies examining a possible association between oral bisphosphonates, like Fosamax, and esophageal cancer. According to a report in The Wall Street Journal, it’s difficult to discern which of the studies reached correct conclusions regarding oral bisphosphonates and esophageal cancer. Even more confusing, problems with the methodology used by their authors could render both of them invalid.

According to the Journal, both bisphosphonate esophageal cancer studies were published in 2010 and utilized data from the same U.K. patient database. The first, published in the Journal of the American Medical Association (JAMA), found no statistically significant increased risk for esophageal cancer among patients who used oral bisphosphonates like Fosamax. Three weeks later, the second study which found a doubling of the risk, was published in the British Medical Journal (BMJ).

Both papers were based on observational studies, which are less expensive to conduct than randomly controlled experimental studies. In an observational study, researchers simply observe what is happening during the course of events, or analyze previously gathered data and draw conclusions, the Journal said. By contrast, investigators intervene in experimental studies, to prompt some sort of change – for instance, by treating certain study participants with a particular medication. Outcomes in those participants are compared to those in others who have not received the drug. According to the Journal, randomly controlled experimental studies are actually considered the gold standard in medical research.

According to the Journal, researchers say observational studies can be unreliable because they are more vulnerable to methodological and statistical biases. Outcomes in observation studies are usually hard to duplicate, and their flaws always aren’t spotted, or corrected, when they are published.

According to the Journal, there could be several reasons why the two bisphosphonate esophageal cancer studies reached such differing conclusions, despite the fact that they drew data from the same source. In the study that concluded there was no statistically significant risk, the research team first identified users of the drugs, matched them to random people of the same sex and age in the population, and then tracked them until some developed cancer. In the study where a doubling of risk was seen, cancer cases were identified first, and then researchers looked at the drugs subjects had been given in the past.

According to the Journal, either method is vulnerable to bias. For example, because the BMJ study reports on three different variables at once, it introduces errors due to “multiple testing.” According to the study’s lead author, the team did not adjust for multiple testing. She also acknowledged that because information about the patients isn’t consistent, “this database may not be the ideal place to look,” the Journal said.

But that doesn’t mean the JAMA study which found no increased risk was correct either. According to the Journal, the authors of the study acknowledge that their work has less statistical power than the BMJ paper, and that “poorly measured or unmeasured causes of bias may have masked an association” between the drugs and cancer.

The Journal article also points out that both studies only followed oral bisphosphonate users for five years or less. Should it turn out that esophageal cancer develops after a longer period of time, say 10 years of use, then neither study is valid.