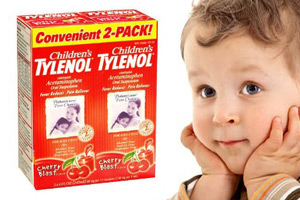 J&J’s McNeil unit just announced that the recall involves three lots of Motrin Drops Original Berry Flavor. The medication is used to treat pain and reduce fever in children who are two years of age and younger, according to Newsday. McNeil indicated that the recalled Motrin could be contaminated with PTFE.

McNeil also indicated that it is not clear if the recalled Motrin medication contains the particles; however, the particles were found in a different product during the manufacturing process, according to Newsday. Because both products contain the same ibuprofen shipment from the same third-party supplier, the drug maker implemented the recall.

“From our perspective, during the manufacturing process at the third-party supplier, that’s when the particles got into the ibuprofen,” said McNeil Vice President Ed Kuffner, in an interview with the Associated Press (AP), according to Newsday. Kuffner did not name the company that manufactured the ibuprofen.

The lot numbers involved are:

McNeil is asking stores to remove the recalled Motrin products from store shelves and advised consumers to stop taking the recalled medication and contact the company, toll-free, for a refund. McNeil can be reached at: 1.877.414.7709.

The recalled pediatric Motrin was manufactured in McNeil’s Beerse, Belgium plant. The drug maker’s primary manufacturing plant, which is located in Fort Washington, Pennsylvania, has been closed for the past three years following a number of recalls involving, for instance, Tylenol, Motrin, and Zyrtec products. This included a recall of more than 136 million pediatric medications in April 2010, according to Newsday. That recall was considered the largest of its kind, to date.

Since 2009, J&J has announced some 40 recalls. Just this year, J&J recalled millions of oral contraceptive over defective tablets, defective Adept hip implants, OneTouch VerioIQ blood glucose meters that shut when they should have issued a warning when blood sugar levels reached dangerously high levels, South Korea manufactured Children’s Tylenol that contained too much acetaminophen, and K-Y Jelly personal lubricant that may not have ever received the mandated regulatory approval, Newsday reported. As we’ve written, reasons for these recalls have ranged from inappropriate active ingredient levels, glass or metal shards in liquid medicines, and foul odors.

A prior Wall Street Journal report indicated that Johnson & Johnson’s string of recalls have cost the company about $900 million.