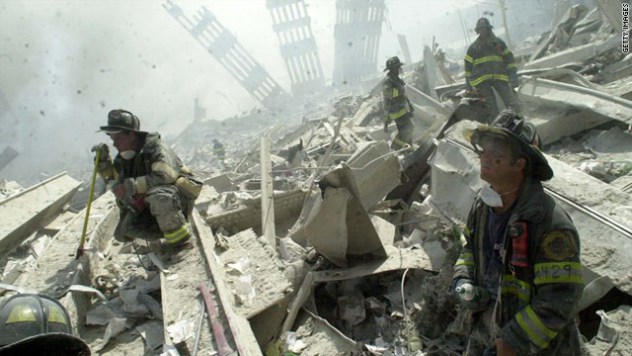 The number of cancers diagnosed in Ground Zero responders more than doubled this past year.

The World Trade Center Health Program counted 1,655 responders with cancer, bringing the total to 2,518, the New York Post reports. This number includes police, firefighters, EMTs, construction and sanitation workers, and volunteers. Many, including construction worker John Vobecky, fear the cancer numbers will continue to rise “in the next 5 or even 10 years.” There have been 1,145 compensation claims listing cancer, but according to the Post only 115 claims have been awarded. Some ailing first responders fear compensation won’t come until after they die, WPIX-11 reports.

Many who took part in 9/11 rescue and recovery efforts became ill at the time  through exposure to toxic dust in the air and other toxins in the debris at the site, but many others did not become ill until years later. Cancers and other illnesses took years to develop. As many as 65,000 people are part of World Trade Center medical monitoring and treatment programs, the New York Daily News says. In December 2010, Congress passed the Zadroga Act, named for the late New York Police Department detective James Zadroga. The law reopened the September 11 compensation fund for five years to compensate first responders, volunteers, and local residents who developed cancer and other illnesses from exposure to toxins at the site.

Deadlines for filing claims under the Zadroga Act depend in part on date of diagnosis, and some deadlines come in October 2014. The Victim Compensation Fund web site (http://www.vcf.gov/) has a detailed listing of the types of cancers covered and information about filing deadlines and the registration process.