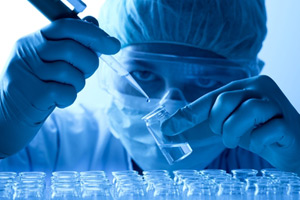 On January 9, 4-methylcyclohexane methanol (MCHM), a chemical used in processing coal, leaked from a storage tank at Freedom Industries in Charleston, West Virginia, into the Elk River, upstream from a water treatment plant, resulting in a water-use ban for about 300,000 residents in nine counties. West Virginians were advised not to drink, cook with, or wash with tap water. According to the NSF, authorities estimate that about 10,000 gallons of MCHM, which has a licorice-like odor, spilled into the river and entered the water system.

In a news release, the NSF announced that three research teams were awarded funding, each to study a different aspect of the spill. Andrew Whelton of the University of South Alabama will examine the chemical’s absorption into and removal from plastic drinking water pipes, while Jennifer Weidhaas of West Virginia University will assess the extent of contamination in drinking water, the treatment plant, and in areas near the river. Virginia Tech’s Andrea Deitrich will study MCHM’s physical and chemical behavior in the environment.

Authorities managing the spill have very little information about the chemical and how it interacts with other substances, including how serious the damage may be to the water system. Health officials know little about its health effects, though, according to the Associated Press, some residents exposed to the chemical before the water ban went into effect have developed skin rashes, vomiting and diarrhea; and some were hospitalized.

Because of the lack of information about how MCMH exposure may affect a fetus, the Centers for Disease Control and Prevention (CDC) advised pregnant women to continue drinking bottled water until MCMH is undetectable in the water supply. Dr. Thomas Frieden, director of the CDC, explains that “there are few studies on this specialized chemical,” making it difficult to calculate how much MCHM anyone could ingest without adverse health effects. National Public Radio reported that many West Virginians are uneasy about the safety of the water supply and plan to continue using bottled indefinitely.