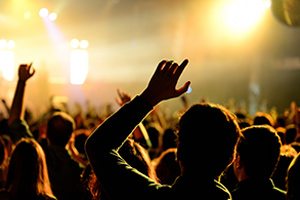 Route 91 Harvest Festival Mass Shooting. The many fans and tourists that traveled to the Route 91 Harvest Festival in Las Vegas probably presumed that the promoters would have security measure in place to prevent acts of violence by third parties.  These unsuspecting victims certain did not expect to be part of the deadliest mass shooting in modern U.S. history.  The lives of the 59 fatality victims and hundreds of people who suffered injury have been forever changed.

Money concerns might not be the first priority of gunshot victims facing a grueling course of medical treatment and rehabilitation or families coping with overwhelming grief from the loss of a loved one.  However, the financial toll of such losses can be devastating.  Since the perpetrator of this heinous act is dead, personal injury and wrongful death victims will have to look to other responsible parties to obtain compensation for their losses.  In this blog, we examine the liability of Live Nation, the concert’s promotor, under Nevada law.

Negligence Liability for the Intentional Criminal Acts of Third Parties

As promotors of the concert, Live Nation, had a duty to exercise reasonable care to protect those at the concert from reasonably foreseeable hazards and dangers.  While Live Nation might argue that the shooting rampage of a third party was not reasonably foreseeable, mass shootings and terrorist attacks have become enough of a threat that judges might find this contention unpersuasive.  Live Nation certainly had a duty to adopt security measures because acts of violence at such events are not uncommon.

The failure of Live Nation to foresee the risk of this horrific terrorist attack is even more tragic because this will be the second mass murder at a concert promoted by the company in a matter of months.  Live Nation was the promotor of the Ariana Grande concert at the Manchester Arena in Britain earlier this year.  While the perpetrator of that tragedy used explosions rather than gunfire, the terrorist attack claimed the lives of 22 people and resulted in injury to 59 other victims.  It is unclear what additional safety and security measures might have been implemented at the Las Vegas venue in the wake of the Florida tragedy.  However, the close proximity ot the too terrorist attacks at Live Nation concerts would seem to make the contention the mass shooting was not reasonably foreseeable a rather unpersuasive claim. Although the facts regarding the Route 91 Harvest music festival are still under investigation, several reports suggest that the venue was not reasonably safe for concert attendees in the event of an emergency.  The outdoor venue surrounded by high rises made the concert an easy target for this type of attack.  Sadly, many victims attempted to crouch down to evade gunfire unaware that they remained completely exposed to the gunman located high above them.

Plaintiffs filing lawsuits for personal injury and wrongful death of a loved one will focus on negligence in designing the festival grounds and providing adequate security.  Lawsuits already pending against Live Nation note that 22,000 people were enclosed within a fenced area without an adequate exit plan, emergency routes, or staff trained to implement a plan of action in the event of an emergency.  This lack of exits or an emergency plan might have prevented some victims from fleeing to safety while causing others to be trampled amid the chaos and confusion.

A victim describing the chaos amid people trying to flee while eluding bullets told the Boston Globe, “It was just total chaos.  People falling down and laying everywhere.  We were trying to take cover and had no idea where to go.”

A lawsuit filed by Paige Gasper, a 21 year-old-college student who had a bullet rip through her breast tissue, shatter a rib, and lacerate her liver, has named Live Nation as a defendant.  Her complaint alleges that the promoter failed to “build and mark” adequate emergency exits or to train staff regarding proper procedures in the event of an emergency.  The complaint assets Live Nation had no emergency evacuation plan and failed to have anyone take over the P.A. system to provide instructions or direction.  The result was that people who had no idea what to do were forced to figure out how to get out of the venue safely.

Urgency in Seeking Legal Advice to Preserve Evidence and Rights

Although the emotional and physical toll of such an attack might make it tempting to postpone dealing with legal claims, time is of the essence in pursuing advice from a knowledgeable attorney.  Personal injury and wrongful death claims generally are governed by a two year statute of limitations in Nevada.  While certain factors can complicate the process of determining when the period to file a lawsuit expires, failure to meet the deadline will almost always result in a permanent bar to pursuing a lawsuit.  Because of the harsh consequences associated with failing to comply with the statute of limitations, attorneys might be hesitant to take a claim if a person waits until just before the deadline.

Another reason to speak to an attorney promptly involves ensuring the early stages of the litigation are handled properly.  The law firm might send a notice regarding spoliation to Live Nation requiring preservation of certain documents and information regarding security procedures, exit plans, and staffing as evidence relevant to anticipated litigation.  If you obtain prompt legal advice, an experienced personal injury attorney also can guide you through the process of ensuring that satisfactory medical scans, reports, and records are maintained to prove your damages.