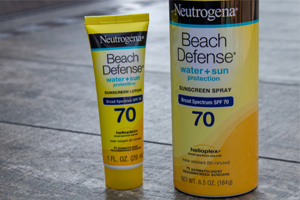 NEW HAVEN, CONNECTICUT – According to an announcement published by Valisure, an online pharmacy and laboratory, found high levels of benzene, linked to leukemia and other blood cancer-related, in several popular sunscreen brands.  According to the lab test results, the cancer-causing substance was found in 78 sunscreen and after-sun care products.  The US Centers for Disease Control and Prevention classified benzene as a known carcinogen to humans.

Valisure’s testing of numerous sunscreens and after-sun care products discovered that approximately 20% of the samples tested contained detectable levels of benzene, and other batches contained up to three times the restricted FDA concentration limit of benzene.

Valisure petitioned the FDA to recall decontaminated batches and define limits of benzene contamination and cosmetic and drug products. The lab noted that not all sunscreen products tested contained benzene.

Benzene has been linked to blood cancers, including leukemia, making the issue of exposure through the skin particularly alarming.

Valisure stated that its tests found benzene in 78 of the 300 of the sprays and lotions the lab tested.  Valisure tested products sold by CVS and Banana Boat.  The lab petitioned the U.S. Food and Drug Administration to recall the benzene contaminated batches. FDA regulators are reviewing the lab’s results.

The following is a link to Valisure’s sunscreen benzene test results.

July 15, 2021 –  On July 14, 2021, Johnson & Johnson Inc. warned purchasers and users of its Aveeno and Neutrogena Spray Sunscreens to stop using and dispose of the products immediately. According to the U.S. Food and Drug Administration, the health products company also recalled several Neutrogena and Aveeno products after discovering benzene, a known carcinogen, during testing.

According to a news report on WebMd.com, benzene should not be in any consumer products and is not an ingredient in sunscreen. Johnson & Johnson stated that the amount of benzene detected is too low and would not have an adverse health effect, but the company indicated that it had recalled the sunscreen products “out of an abundance of caution.”

According to Johnson & Johnson, its other spray sunscreen product, Neutrogena Wet Skin, was not part of the recall.

On May 25, 2021, Valisure LLC, a pharmaceutical testing laboratory, conducted tests on 78 popular sunscreens and after sun care products. The test results showed that several brands contained benzene. According to the U.S. Centers for Disease Control and Prevention, the World Health Organization, the U.S. Department of Health and Human Services, and many other regulatory agencies, benzene is a human carcinogen. The National Institute for Occupational Safety and Health (NIOSH) also affirmed that inhalation, ingestion, skin absorption, eye, and/or skin as “exposure routes.” Valisure’s testing also revealed that around 27% of test samples contained traces of benzene, and test samples comprised of up to three times the FDA’s permissible limit of 2 parts per million (ppm). Valisure petitioned the FDA to recall all of the products and suggested the benzene contamination occurred during the manufacturing process.

August 9, 2021 – According to an online news report on ocregister.com, researchers discovered benzophenone in Coppertone, Neutrogena sunscreens, and Banana Boat products. The sunscreen products are manufactured with octocrylene which can also contain benzophenone, a suspected human carcinogen. One study suggests that benzophenone is formed as octocrylene begins to degrade.

Researchers are asking U.S. regulators to remove certain sunscreens from the market after finding evidence of the potential carcinogen. The scientists petitioned the U.S. Food and Drug Administration to pull all sunscreens that contain the active ingredient octocrylene from the market.

Benzophenone can interfere with reproductive organs and crucial hormones, according to the nonprofit Haereticus Environmental Laboratory. According to the World Health Organization, “benzophenone in sunscreens can interfere with estrogen.” Estrogen is a hormone that plays an important role in women’s health, and disrupting this hormone can cause “early puberty and altered functioning of reproductive organs.”

The FDA confirmed that human tissue absorbs enough of the sunscreens’ ingredients to warrant additional testing.

Craig Downs, the executive director of Haereticus Environmental Laboratory, reported that approximately 2,400 sun-protection products contain octocrylene and that no one knows if the products are safe to use.

A National Academies panel heard a presentation linking benzophenones in sunscreens to endometriosis. Endometriosis is a painful medical condition in which inner uterine tissue begins to grow on the outside of a woman’s uterus.

Were you or a loved one harmed by a sunscreen product? Parker Waichman LLP helps families recover monetary compensation for harm caused by corporations. For your free consultation, contact our law firm today by using our live chat or calling 1-800-YOUR-LAWYER (1-800-968-7529).