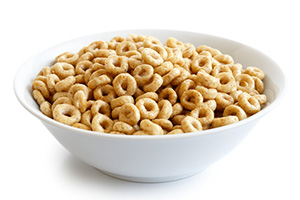 UNITED STATES – According to a report from the Environmental Working Group, 17 popular family cereals and snacks contain levels of glyphosate that are unsafe for kids. The group tested 21 oat foods and found glyphosate in all of them, with unsafe levels of the chemical in all but four.

The food products tested by the Environmental Working Group (EWG) were all manufactured by General Mills and included well-known items from the Cheerios and Nature Valley lines. The researchers’ findings come after news that EWG also found glyphosate in several Cheerios-brand and Quaker-brand foods in October 2018.

Glyphosate is the active ingredient in the weed killer Roundup, which is manufactured by Monsanto, a subsidiary of Bayer. The weed killer has been used on crops for decades, and farmers have long been using “Roundup Ready” seeds that are resistant to glyphosate. Numerous lawsuits are currently pending against Monsanto and Bayer that allege exposure to Roundup causes non-Hodgkin’s lymphoma.

Several trials in the Roundup litigation have resulted in large verdicts for the plaintiffs. These lawsuits have been brought on behalf of people who sprayed the product personally and professionally for weed control. But the latest news about the presence of glyphosate in foods has raised questions about the extent of Monsanto’s liability regarding the potential dangers of its product.

Have you or a loved one developed cancer due to glyphosate exposure?