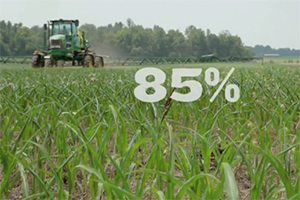 In Texas, 4 Children Died Of Pesticide Poisoning. Officials in Amarillo Texas, say four children died after someone at their home sprayed water on a previously applied pesticide, causing a reaction that produced toxic phosphine gas.

At least five other people were hospitalized after the incident on January 2, CNN reports. Fire Capt. Larry Davis said a family member had used water in an attempt to wash away the pesticide-aluminum phosphide-which had been applied under the home.

A preliminary ruling declared this an accidental poisoning. Ten people were inside the mobile home when fire and rescue crews arrived there just after 5 a.m. They found people in the household sick and disoriented.

Firefighters could not revive one unresponsive child. Six members of the household were rushed to the hospital, including three other children who later died. A local official identified the deceased children as 17-year-old Yasmeen Balderas, 11-year-old Josue Balderas, 9-year-old Johnnie Balderas, and 7-year-old Felipe Balderas. As of Tuesday morning, Pedro Balderas, the children’s father, and four other children were in stable condition at a hospital in Amarillo.

Martha Balderas, the mother, was airlifted to University Medical Center in Lubbock, according to the Washington Post. A spokesman for University Medical Center told the Post that Martha Balderas was in critical condition Tuesday morning. Several first responders were also taken to the hospital for treatment for possible exposure to phosphine gas. Several were held for observation, according CNN.

Amarillo police spokesman Jeb Hilton said investigators “initially thought this was going to be carbon monoxide” poisoning. But interviews with family members – as well as a distinct odor in the home – ruled out carbon monoxide, which is odorless, the Washington Post reports. Investigators concluded that a professional-grade pesticide containing aluminum phosphide had been used under the home. Hilton said, “It’s not something that the normal citizen could get their hands on.” Neighbor Dan Dibala said Pedro Balderas had talked recently about getting a cat for a rodent problem they were having, and this could have led to the decision to use the pesticide.

When a family member tried to wash away the chemical with water, it created the toxic phosphine gas. Hilton said that although some local media outlets specified a pesticide brand, investigators had not yet determined what type of fumigant was used.

Parker Waichman notes that professional-grade pesticides like aluminum phosphide should be handled with extreme caution and applied only by trained and licensed pest control workers. People who live or work in areas where such pesticides have been used should be advised about health risks and what they should do to avoid exposure.

Police do not know how long the family had been exposed to phosphine but at this time the incident is considered an accidental poisoning with no criminal intent. Police were still investigating the scene on Tuesday, Hilton said.

The Centers for Disease Control and Prevention (CDC) says symptoms of phosphine exposure include nausea, vomiting, abdominal pain, diarrhea; thirst; chest tightness, breathing difficulty; muscle pain, chills; and stupor; and pulmonary edema. The liquid can cause frostbite. If phosphine gas is inhaled it can cause fluid to accumulate in the lungs (pulmonary edema) and cardiac arrest. Pulmonary edema can prove fatal if not treated promptly.

The CDC website explains that phosphine is used in the semiconductor industry and is also used as a fumigant. Phosphine has an odor of garlic or decaying fish but the pure compound is odorless. Unfortunately, the level at which humans detect the odor of phosphine does not provide sufficient warning of dangerous concentrations. Phosphine is extremely flammable and explosive, the CDC warns.