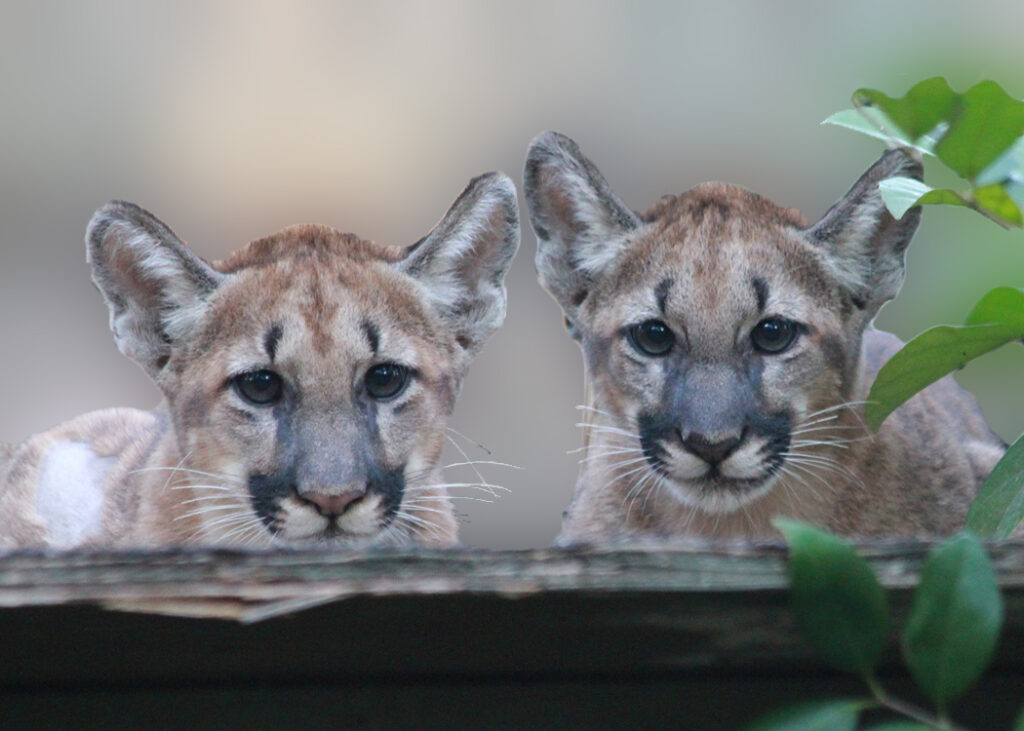 The Florida Everglades is home to a variety of species that thrive in warm, wet climates. As one of the largest subtropical areas of wilderness in the United States, it contains a high concentration of endangered and threatened species of mammals, reptiles, and fish. Many of these species are major tourist attractions because they have become so endangered that the only place they can be found is Everglades National Park.

The Florida panther is the only cougar found east of the Mississippi, thanks to European settlers destroying their habitats when they started building colonies in the 1600s. Even though the panther is Florida’s official state animal, it is possibly one of the most endangered mammals in the country, with fewer than 200 still alive. The biggest reason why this species has become so endangered continues to be that their habitat is constantly diminishing. They select habitats based on where their prey is most vulnerable, and they require large areas of land with dense vegetation to meet all their needs.

Florida panthers are carnivores that primarily eat white-tailed deer, wild hogs, and smaller mammals like raccoons, armadillos, and rabbits. Because of the rapid urbanization of their habitats, they have also been known to eat unsecured livestock and pets.

West Indian manatees are large gray and brown aquatic mammals that are sometimes known as sea cows. They have no natural enemies and spend their days eating, sleeping, and traveling around. They are often found in shallow water because even though they live in water, they frequently have to come up to the surface for air. West Indian manatees are herbivores that eat 15% of their body weight every day in vegetation that grows near the edge of the water. That can be up to 150 pounds of food a day!

West Indian manatees are legally protected, but habitat destruction, collisions with boats, and accidental captures by fisheries do aid in the depletion of the manatee population. Scientists believe that the West Indian manatee is vulnerable to extinction; in fact, it is extinct in some regions the species used to live in. This is why it is important to carefully manage activities that are a threat to this species, so it doesn’t go extinct everywhere.

The American alligator is found in the United States in freshwater, slow-moving rivers, swamps, marshes, and lakes from North Carolina to the Rio Grande in Texas. They are carnivorous, with strong jaws that can crack a tough turtle shell and sharp teeth to seize and hold their prey. If you’ve ever seen an American alligator out of the water, you’ve probably caught a glimpse of their sharp teeth, since on a hot summer day, they can be seen on the banks of water basking in the sun with their mouths open. They are cold-blooded, so they cannot regulate their own body temperature: When they warm themselves in the sun, they need to open their mouths to cool themselves off so they don’t get too hot.

The leatherback sea turtle is the largest species of turtle in the world and the only species of sea turtle that doesn’t have scales and a hard shell. They are actually named for their tough, rubbery skin, which places them in a different taxonomic family than the other species of sea turtles in the world. Also unlike other sea turtle species, leatherbacks do not have crushing chewing plates; they have tooth-like cusps and sharp-edged jaws that help them catch soft-bodied ocean prey like jellyfish and salps.

These turtles are considered endangered and are protected under the Endangered Species Act. They face threats both on beaches and in marine environments due to the harvesting of eggs and adults as well as accidental capture in fishing gear.

The Everglade snail kite is a mid-sized raptor that feeds exclusively on apple snails, which they find and capture near the surface of the water. They are able to hunt for these snails by flying slowly over lake shores and marshes and then using their feet to grab the snails. The snail kites eat the apple snails by using their unique curved bill to pluck the snails out of their shells.

Marsh rabbits are found in lowland areas near freshwater marshes and estuaries. They are semi-aquatic and require vegetation near water. What distinguishes them from all other cottontail rabbits is the dark color of the underside of their tail. Marsh rabbits also have sparse amounts of fur and have long toenails on their hind feet.

Lower Key marsh rabbits are endangered because of habitat fragmentation. Conservation efforts have been made to reintroduce some species of marsh rabbits to help redistribute them throughout the Lower Florida Keys.

If you’ve ever heard the common rhyme “red touching yellow can kill a fellow, red touching black is a friend of Jack,” it might help you differentiate between different types of snakes! Coral snakes have red and black blocks of color separated by yellow bands, while scarlet king snakes have similar colors but do not have the same venomous bite. Coral snakes do have a powerful neurotoxin, but they are not as dangerous as other venomous snakes because they have short fangs and a reclusive nature; they are more reluctant to bite than other species of snakes.

Coral snakes live in Florida and can also be found in southeastern North Carolina, parts of Texas, and parts of northeastern Mexico. They are usually found under debris and in trunks of trees and will live in a variety of habitats, from dry areas to swamps.

Alligator gars are prehistoric fish that have a head and snout that resemble that of an alligator. They have a wide mouth with two rows of teeth that line their jaws and scales that are shaped like diamonds and are just as hard as them. These fish are usually found in the southeastern United States in freshwater lakes and rivers with warm water and low oxygen levels, since they can diffuse the oxygen they receive from air through the tissues of their swim bladder.

Alligator gars were considered a nuisance species for years and thought to be detrimental to sport fisheries, so they were targeted by state and federal authorities up until the past decade, when there has been a more focused emphasis on the importance of these fish to their ecosystem.