The pain of losing someone you love can be devastating. But when the person died needlessly due to someone else’s actions, it compounds the pain of your loss. If this has happened to you, we know that nothing can truly fix the wrong that has been done. But the compassionate attorneys at Parker Waichman LLP can guide you through the process of pursuing a wrongful death claim against those who were to blame, helping you to bring them to justice and get compensation.

What Is Wrongful Death? 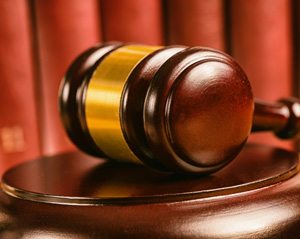 In a legal context, a wrongful death claim is a legal action brought by surviving family members for damages when a person’s death is the result of the negligent or unlawful act of another individual.

Who May File a Wrongful Death Lawsuit?

Elements of an Estate’s Economic Recovery

The estate’s economic recovery may include the reasonable value of earnings lost between the time of the injury and the time of death, the cost of medical or nursing care prior to the death, funeral expenses, and the cost of support and services. Damage awards from wrongful death actions belong to the estate and may be passed to different parties in accordance with the decedent’s will.

If the surviving spouse remarries, any potential reward is not reduced.

Children of the deceased may also recover damages for the loss of parental nurturing, guidance, and education.

Financial injuries, also known as pecuniary injuries, are the main measure of damages in a wrongful death action. Courts interpret such injuries to include loss of support and services, loss of the prospect of an inheritance, medical expenses, and funeral expenses.

While the jury determines the size of the damage award after hearing the evidence, the jury’s determination is not always the final decision. The award size may be adjusted up or down by the court. If the decedent routinely misspent their income, for instance, this may decrease the family’s recovery. If the decedent was a poor earner but was young, had career potential, and supported a number of children, the award may be greater. In fact, the court may award lost earnings even if the decedent was unemployed if they had worked in the past and evidence was shown of their average earnings when employed.

If the decedent was a homemaker, plaintiffs may present expert testimony that establishes the value of the decedent to their family. The financial impact on the survivors will not involve income loss, but increased spending for the services that they provided or would have provided had they lived will be considered in the award. Keep in mind that jurors may not always understand the monetary value of a homemaker’s services; your wrongful death attorney may have to bring in an expert to assist the jury with this evaluation.

When Must a Wrongful Death Action Occur?

Each state has its own civil wrongful death statute, which outlines procedures for bringing wrongful death actions as well as the deadline for taking legal action. In New York, you generally have two years from the date of death to bring a wrongful death suit, but exceptions may apply depending on the specifics of your case.

If your loved one died due to someone else’s negligence, an experienced wrongful death attorney with Parker Waichman can help you bring them to justice. Our wrongful death law firm has years of experience handling these types of cases with sensitivity and tenacity, and we’ll fight hard for your legal rights.

When you contact us, you’ll be able to consult with one of our skilled wrongful death lawyers for free, and you’ll be under no obligation: We’ll merely evaluate your case and provide guidance on what steps you might want to take next. Then, if you choose to entrust your wrongful death suit to our law firm, we’ll get to work right away to compile the strongest possible case, again at no cost to you. We handle wrongful death lawsuits on a contingency-fee basis, meaning that you’ll pay nothing out of pocket for our services. Your wrongful death lawyer will be paid from a portion of your settlement or jury award; if we don’t secure compensation for you, we get nothing.

New York, New York - A News story on ABC7ny.com states that elected officials in Manhattan seek change after a woman tragically died after she fell from a building rooftop during an overcrowded party. The fatal accident was reported at around 3 o’clock in the morning last Saturday. The victim, a 24-year-old woman, was transported to Bellevue… Read more wrongful death news and lawsuits...
Seven-Year-Old Tragically Kill in Dresser Tip-over Accident

East Harlem, Manhattan, New York - According to abc7ny.com, A seven-year-old boy was tragically killed when a dresser fell on top of the child in his New York City apartment last Monday night. Law enforcement authorities stated that the young boy was in his mother's bedroom located off of Park Avenue in East Harlem when the… Read more wrongful death news and lawsuits...
New York Judge Killed in a Florida Hit-and-run Collision

USA - A news report on uspirg.org reports that twenty people have died using alcohol-based hand sanitizer that has been imported from Mexico and contains toxic methanol, which does not appear on the labeling.  As a result of fatalities and dozens of sickness reports linked to toxic Mexican hand sanitizer products, the U.S: Food and… Read more wrongful death news and lawsuits...
Preventable Military Wrongful Death Claims

USA- Rollcall.com writes that a shocking number of military deaths are caused by preventable training accidents. In fact, a report published by the Congressional Research Service earlier this month stated that nearly one in three active-duty fatalities that occurred in the United States Military from 2006 through 2018 were the result of training accidents.… Read more wrongful death news and lawsuits...
Inmate Deaths Caused by Prison Guards

USA- Myjournalcourier.com writes that while COVID-19 has become a concern at prisons, such as Rikers Island in New York, it is not the only thing killing the incarcerated. Annually, about 128 prisoners are killed in the United States in homicides or accidents. The study which published the numbers analyzed the data from 2012 through 2016.… Read more wrongful death news and lawsuits...
Rikers Island: An Unjust and Inhumane “Death Penalty”

Potentially Innocent People Awaiting Arraignment or Trial Are Being Exposed to the Life-Threatening COVID-19 Virus in Jails and Prisons Across the Nation. Parker Waichman LLP is a national plaintiff’s personal injury law firm with law offices throughout New York City.  Our firm is investigating whether or not the New York prison system is upholding its… Read more wrongful death news and lawsuits...
Fecal Transplant Lawsuits

WASHINGTON, D.C. — The U.S. Food and Drug Administration (FDA) announced that fecal transplant procedures and studies must immediately stop after one transplant patient died and another fell gravely ill from the procedure. The New York Times reported that the procedure is a safe alternative for treating people suffering from Clostridium difficile, which is a bacterial… Read more wrongful death news and lawsuits...
CPSC Reports Child Drowning Deaths Increasing

WASHINGTON – A report from the U.S. Consumer Product Safety Commission (CPSC) indicates that child drowning deaths are increasing in the United States. The report states that drowning is the primary cause of unintentional death for American children ages 1 to 4. A news release from CPSC regarding its report states that child drowning is… Read more wrongful death news and lawsuits...
Fatal Accident Kills Man at New York Cheese Company

ORANGEBURG, NY – According to Abc7ny.com, a workplace accident at a cheese factory killed a man from New Jersey. The Orange County Police were called to the scene of the accident at the Icco Cheese Company. Upon arriving at the factory, police found the victim, a 41-year-old man, of Patterson, New Jersey in a mixing… Read more wrongful death news and lawsuits...