Hair loss, called alopecia, is expected when taking a chemotherapy drug. However, a cancer victim’s hair typically regrows within three or four months after stopping the chemotherapy regimen. Survivors who took Taxotere could suffer a different fate and never grow their hair back, or if it does regrow, it’s very different from the hair they once knew. The inability to regrow their natural hair can have a tremendously adverse effect on cancer survivors’ self-esteem and mental health and diminish their overall quality of life. For some survivors, they might have been in remission for years, but they still look like they are a cancer patient.

Large drug companies and physicians are well aware of the damage Taxotere can cause, and yet the drug remains a component of oncologists’ treatment programs. If you have suffered permanent alopecia as a result of taking Taxotere, you might be entitled to substantial financial compensation for your loss. Call Parker Waichman LLP today for a free consultation to learn whether you should pursue a Taxotere hair loss lawsuit.

Taxotere is the brand name for the drug docetaxel. Docetaxel can be administered by injection or by an intravenous infusion. Physicians prescribe it to patients who suffer from breast cancer, lung cancer, prostate cancer, and stomach cancer.

Taxotere is manufactured by Sanofi, formerly known as Sanofi-Aventis.

What Are the Side Effects of Docetaxel (Taxotere)? Side effects of docetaxel include:

Can Taxotere Cause Permanent Hair Loss?

Yes. Hair follicles begin to regrow and strengthen with time once the body has cleared the chemicals it needed to combat the cancer cells. But studies have shown that in a significant number of patients treated with Taxotere, the alopecia is permanent.

Did Sanofi Conceal the Serious, Life-Altering Side Effects of Taxotere? 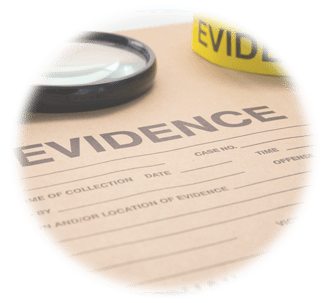 In December 2015, the FDA mandated that Sanofi add a warning to Taxotere’s label that the drug could cause permanent alopecia. Before the FDA mandate, Sanofi never mentioned permanent hair loss in the literature supporting Taxotere. In fact, the drug manufacturer claimed that patients’ hair would grow back in a short period after ceasing the medication.

Evidence exists to suggest that Sanofi knew about the risk of permanent alopecia for almost a decade. As far back as 2008, Sanofi acknowledged that permanent alopecia was possible. The company admitted that seven patients who took the drug suffered from alopecia more than five years after they had completed the course of the drug. Sanofi refused to release any additional information after they acknowledged the study.

Other studies conducted on a smaller scale yielded similar results. Researchers in Europe found that 6.3 percent of patients prescribed Taxotere suffered permanent hair loss. Health officials in the United Kingdom noted that 6.3 percent represented a significant number of people and that therefore, permanent alopecia should be described as a side effect that occurs frequently.

In the United States, the New England Journal of Medicine published a study that discussed whether docetaxel was a worthwhile drug and examined the possible effects of toxicity from the drug. In that study, nearly 97 percent of the participants lost their hair, and many did not regrow it. The study also indicated that docetaxel is highly toxic and the benefits of taking the drug are at times outweighed by the potential dangers. At least one additional study demonstrated that more than 9 percent of all Taxotere patients will lose their hair permanently. Hair loss during chemotherapy is at best an unpleasant but temporary sacrifice. At a time when patients may feel like they have lost control over their bodies, hair loss is a highly visible effect that’s also out of their control. And it’s not just limited to the hair on your head. The toxicity of the drug can affect all of the hair follicles on a person’s body, causing people to lose their eyebrows, eyelashes, and other body hair as well. For many cancer patients, regrowing their hair is something to look forward to, a visible sign of their recovery and a return to some semblance of normalcy. But those who experience permanent alopecia after being treated with Taxotere are robbed of that. A declining sense of self-worth can lead to anxiety and depression, which in turn can cause difficulties in relationships and employment and create additional health complications.

Is Taxotere the Same as Taxol?

Taxotere and Taxol are not the same, but they are similar. They are both chemotherapy drugs with similar chemical compounds that attack cancer cells to keep them from replicating. Both drugs are used to treat various types of cancer and fall under the chemical class known as taxanes.

Sanofi Had a Duty to Warn Patients Studies of Taxotere, including the company’s own research, show that Sanofi knew or should have known that their product might have the potential to scar patients permanently. Sanofi had a duty to warn consumers that the drug had a dangerous side effect and failed to do so. That willful failure on the part of Sanofi left people permanently scarred and disfigured. This places blame squarely on the company, and they should be held responsible for their actions.

Sanofi simply assumed that people would be grateful just to survive and accept not having the ability to regrow hair as a mere inconvenience. That sentiment might to true to a certain extent if patients had no options regarding their chemotherapy treatments, but today people have several alternatives to docetaxel for their chemotherapy treatments that are as effective as Taxotere. Patients affected by Taxotere hair loss never had the chance to make an informed decision, a right that everyone should have before undergoing any type of medical treatment.

Thousands of legal claims are pending against Sanofi over Taxotere hair loss, including a multi-district litigation. However, you can still pursue your own Taxotere hair loss lawsuit, as long as you’re within the statute of limitations. It can be tricky to figure out which state laws and exceptions apply to your specific case, though, so it’s important to consult an experienced personal injury lawyer as soon as possible. With their help, you can make sure that your claim is timely and preserve your legal rights.

At Parker Waichman, our Taxotere hair loss lawyers truly understand how devastating personal injuries can be, causing lifelong physical and emotional harm. Our experienced attorneys fight hard for clients to get them the compensation they deserve for the damage that has been done. We’ve secured more than $2 billion in settlements and verdicts for our clients, and we have the talent and resources to take on the toughest cases, facing big corporations like Sanofi without fear.

Why choose our national law firm for your Taxotere lawsuit? Our lawyers have built a sterling reputation for getting results, earning honors like Martindale-Hubbell’s highest peer-review rating and a listing in Best Lawyers along the way. We even have a near-perfect rating from AVVO. But the most important accolades are those we earn from our clients when we secure Taxotere lawsuit settlements to make their lives a little easier.

Contact Parker Waichman today for a free consultation with an experienced Taxotere hair loss attorney to learn about your legal rights and how we can help you. We’ll evaluate your case and let you know if we can pursue a lawsuit on your behalf, and you’ll be under no obligation. Just call 1-800-YOURLAWYER (1-800-968-7529) or fill out our online form to get started.

Have you or a loved one suffered from permanent hair loss following the use of Taxotere?