Home » The U.S. Legal System: The Three Branches of Government

What Are the Branches of Government? 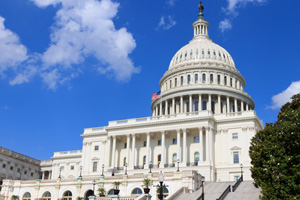 There are three branches of the United States government, and they work together to make the country tick. There’s the legislative branch, which makes laws. There’s also the executive branch, which carries out those laws. And there’s the judicial branch, which interprets the laws and makes sure they’re constitutional. This three-branch system creates a separation of powers that keeps any one branch from becoming too powerful.

The legislative branch is sometimes described as “the people’s branch.” This branch is made up of citizens who were elected by their state or region to represent the people in Congress. Congress consists of the Senate, a group of 100 people (two for each state), and the House of Representatives, a group of 435 people. These two halves of Congress work together to turn bills into laws to better our country.

The executive branch is led by the president of the United States. The president’s job is to act as commander-in-chief of the armed forces, head of state, and enforcer of laws. While this branch is the leader of the branches, that doesn’t mean it has the most power; our government has checks and balances in place that are supposed to ensure that the president can’t overstep their powers.

This branch is responsible for deciding what the laws mean and how to enforce them. If the legislative branch passes a law, citizens will go before the judicial branch when they break it. The courts are also in charge of deciding when a law violates the Constitution, rendering it invalid. There are courts all the way down to your local traffic courts and all the way up to the Supreme Court, the highest court in the land.

The reason why having three branches is important is because each of the branches have powers over the other, a system we call checks and balances. Each branch has the ability to check the power of the others, maintaining a balance of power between them.

This complicated system of checks and balances keeps the government in balance, never letting one branch get too much power.