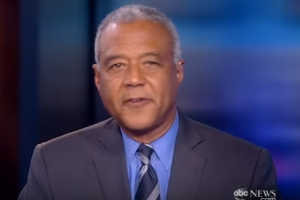 The confession, in the form of a letter to members of the church, came in response to a meeting that the International Mission Board of the Southern Baptist Convention had last week with five of his victims, now adults.

William “Mac” McElrath, 70, of Pineview Drive in Raleigh wrote members of his church, saying, “During that time of stress and culture shock, I succumbed to temptation. … My sinful acts involved touching, tickling, cuddling and fondling that went too far.” He denied engaging in sexual intercourse with any of his victims.

The allegations against McElrath represent the first known case of sexual abuse in the Southern Baptist Convention to come to light this year, following a high-profile scandal in the Roman Catholic Church. At their convention this past week in St. Louis, Southern Baptists adopted a resolution calling churches to discipline those guilty of sexual abuse, in light of the Catholic Church’s crisis.

McElrath has been a member and one-time deacon of Forest Hills Baptist Church since 1995, the year he was fired from the Foreign Mission Board, now the International Mission Board, over the accusations. He said he confided to the Rev. Larry Harper, pastor of the 1,800-member church, about the accusations when he moved to Raleigh, where his wife, Betty, had family. The two came up with an informal agreement that McElrath would not take on a position of authority with children in the church.

However, McElrath acknowledged in his letter that he and his wife “occasionally accepted one-time requests to share with children or youth.” He said he had not molested any children since 1973, and the church in a written news release said it is not aware of any further allegations since McElrath joined the church.

In a telephone conversation Friday, McElrath said he had nothing to add. “We worked hard to say what we wanted to say,” he said, referring to the letter he and his wife penned.

Relatives of the victims said that’s not enough.

“He was allowed to masquerade as a former missionary, which in people’s minds meant retired missionary,” said Cindy Ruble of Charlotte, sister-in-law of one of the victims. “We’ve made a commitment to break the silence. Our goal is to keep him away from kids. When you have knowledge, you have the responsibility that comes with that.”

McElrath, a Kentucky native, served as a missionary to Indonesia from 1967 until his firing in 1995. He was highly respected for being articulate and a good writer. But six years after arriving in Indonesia, he was accused of fondling two children of missionaries. The complaint was forwarded to the Southern Baptist agency that sent him, and the situation was resolved between the agency, the parents and McElrath.

In 1995, more charges surfaced. After an investigation, McElrath admitted his guilt, and the mission board terminated his job.

“Sadly, our record in this area is not without blemish, and we are not immune from such problems, though our policies and current stance on sexual misconduct are very strong,” Jerry Rankin, president of the mission board, said in a prepared statement.

It’s unclear how many children McElrath molested. No charges were ever filed in the United States.

Ruble and her husband, Eddy, said that although she was relieved the mission board fired McElrath, she was appalled that the board and the church kept it a secret.

Harper, the Forest Hills pastor, said in a prepared statement that he has formalized the verbal agreement between McElrath and church staff and that McElrath will not “participate, lead, accept or be involved in any trust position with children or youth.”

McElrath said he planned to continue teaching English as a foreign language to adult students — many of them recent converts to Christianity — as part of the church’s ongoing mission to new immigrants and students, mostly from N.C. State University.

For six years, he also has worked as a tour guide at the N.C. Museum of History, for which he has received high ratings, a museum representative said.

Many members of the church, on Dixie Trail, have expressed shock, anger and fear in the wake of the disclosures, Harper said.

Need Legal Help Regarding Abuse from a Former Missionary?