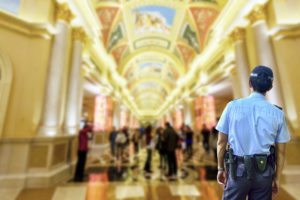 Aftermath of the Las Vegas Massacre: Adopting Security Practices to Reduce the Risk of Future Tragedies

This article is written with a heavy heart as we feel for the victims and families suffering physically and emotionally in the wake of the deadliest shooting rampage in U.S. history. Nothing can give a husband back the love of his wife or return the ability to walk to someone permanently disabled. Hundreds of families are coping with the overwhelming physical, emotional, and financial loss of a loved one caused by such a tragedy.

Special consideration went into whether to write this article at all given our concerns about showing sensitivity to grieving families and survivors. When coping with the loss of someone you love, any discussion of “remedies” in the form of financial compensation seems trite and inadequate.

In weighing the merits of this article, two important considerations emerged. First, 58 fatalities and over 500 injury victims mean many families will be saddled with enormous financial hardships that include astronomical medical bills, lost income of a household breadwinner, future supportive care, and more. Second, a discussion about preventing such a tragedy in the future would seem to be a moral imperative.

The law varies from jurisdiction to jurisdiction regarding the duty of property owners to safeguard visitors to their premises with an implied or express invitation. However, owners of hotels, resorts, casinos, and similar business establishments that cater to the public generally have a duty to take “reasonable” precautions to safeguard guests from violent criminal acts committed by third parties.

The precise nature of the required security practices and equipment will vary based on factors that include the knowledge the property owner had concerning the risk of an event such as this occurring, and the analysis is not limited to the nature and frequency of past criminal acts in the vicinity. When a business such as a resort does not design or implement sufficient security measures to keep guests reasonably safe, the business can be liable for harm to guests caused by the intentional criminal acts of third parties. Liability will often turn on an evaluation of the security measures adopted and compliance with those standards weighed against the foreseeability of the criminal acts. One also needs to look at the measures taken by other similar facilities as well as the discussions between the owners of such facilities about the risk of such events taking place.

Would Wynn Property Enhanced Security Practices Have Made a Difference?

When interviewed by Fox News following the Mandalay Bay shooting, Steve Wynn indicated that his hotels began implementing security protocols two years ago because he perceived Las Vegas as a potential target. Wynn told Fox News that his company recruited and expanded security by tens of millions of dollars to retrain his entire workforce and implement additional security measures. Among the security measures implemented at the Wynn properties were metal detectors at the hotel entrances manned by former federal law enforcement personnel. Wynn also has a policy that if a do not disturb sign is posted on a guest room for more than 12 hours, the room is checked by hotel staff.

While hindsight is 20/20, several of the security practices characterized by Wynn as “common sense” are worth noting especially a focus on observation and profiling. Moreover, they may very well be establishing state of the art security that the other hotels in that area should have undertaken as well.

The Maximum 12 Hour “Do Not Disturb” Rule

Mr. Wynn specifically indicated certain security measures that are particularly noteworthy given the circumstances of the recent mass shooting. Wynn properties adopted a policy of checking on a guest displaying a “do not disturb” request that exceeds 12 hours. While the events, circumstances, and timeline of the October 1, 2017 incident are still being investigated, media reports have suggested that the shooter might have placed his room on “do not disturb” status for three days prior to the incident.

Wynn indicated this prolonged “do not disturb” status would have raised red flags if the shooter had been staying at one of his properties. The maximum 12 hour “do not disturb” rule is based on ensuring the health and welfare of the guest who could be ill. However, the Mandalay Bay assailant engaged in elaborate preparations that required privacy, such as installing security cameras in the hallways outside the room, stockpiling 24 firearms in the room, and undertaking other preparations that might have been disrupted by a mandatory room check after a reasonable time.

The Wynn properties have metal detectors installed into the façade of the entrance to the resorts. Although small objects like watches or belt buckles will not set off the devices, large objects such as firearms will alert security. Given that the shooter brought 23 firearms into the hotel and up to the room, questions will be raised about how he could have gotten the firearms into his room if this equipment had been installed.

While no one wants to think of a terrorist breaking out windows in a high-rise hotel room to fire at a crowd below, a broken window poses other risks, such as an unintentional fall or suicide. While it might seem reasonable to expect that a broken window in a guest room would trigger an alarm for safety, the shooter reportedly broke two separate windows to facilitate the attack.

The described training of all Wynn staff regarding security threats, including housekeeping and room service personnel, also might also have impacted the event. The shooter engaged in behavior that might have been noticed like barricading the stairway and installing cameras in the hallway.

According to the Fox News report, there is strict policy forbidding the possession of firearm by guests. Any guest discovered with a firearm will be immediately forced to leave the property.

These are just some of the security practices have to be considered when determining whether MGM, owner of the Mandalay Bay hotel, implemented proper and adequate security precautions. In addition to the Wynn type security features, there are standard industry practices among Las Vegas hotels that will have to be examined.

Given the extensive use of security cameras, as well as security personnel monitoring those cameras, questions will be raised about:

While these are difficult questions, the goal is to find a path forward from this tragedy. Questions about what acts of violence and terrorism should be foreseeable to owners/managers of hospitality industry properties will be important in assessing causes and evaluating existing security measures and the rights of victims and their families. This analysis will become more thorough as the facts surrounding the investigation reveal more concrete details.

We owe it to the victims of this tragedy to learn from errors and any mistakes made in designing, implementing, and monitoring of security practices and equipment to minimize the risk of this tragedy being repeated in the future.

Other Entities that Maybe Liable

Legal Help for Victims of Violence Associated with Mass Shootings