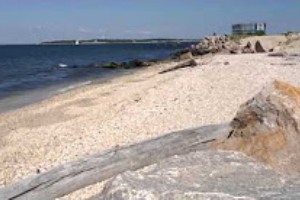 Plum Island Whistleblower Was Vindicated. The Plum Island whistleblower, who was fired in June from Plum Island a day after reporting security and health concerns, was vindicated last week by the U.S. Department of Labor.

The main thing is it will help snowball other decisions in my favor, said Jim McCoy, the whistleblower. At its Manhattan office, the Occupational Safety and Health Administration of the Labor Department ruled that federal whistleblower laws protected him when private management contractor North Fork Services (formerly LB&B) fired him.

McCoy hopes the OSHA decision will have a positive impact on his case before the National Labor Relations Board, which will resume in early December, as well as his efforts to collect unemployment, which were foiled by North Fork Services on the basis of trumped-up charges of insubordination, McCoy said.

OSHA ordered North Fork Services to reinstate McCoy and to pay him more than $13,000 in back pay, $75,000 in compensatory damages, and more than $4,800 for job training expenses. The contractor also has to pay McCoy’s attorney about $13,000.

I don’t know when or if I’ll actually see the money, said McCoy. North Fork Services was given five days to appeal the decision, which it did.

As for the idea of returning to Plum Island, McCoy said he and his wife aren’t comfortable with the idea. Some people have suffered ramifications from his disclosures. McCoy is in Florida, looking for work in the air conditioning field. He recently went to school to get his AC license in the state.
The best we can hope for is a settlement and the knowledge that what I did was for the good of the workers and the community, he said. He said he was pleased that Plum Island will be run as a tighter ship and things won’t get swept under the carpet anymore. The recent critical report by the General Accounting Office outlining security problems on the island was partly a result of his speaking out, and he’s glad he did.

North Fork Services, which is under contract with the U.S. Department of Agriculture on Plum Island, will finish up its contract through the end of this year. At the beginning of next year, the Department of Homeland Security will install a new management contractor that would better meet its requirements.

Since September 11 and the heightened threat of terrorism, the island’s mission shifted. Security concerns on the island are paramount, as per the detailed GAO report. The report said security concerns heightened when the island’s union, the International Union of Operating Engineers Local 30, went on strike last summer because of a dispute with North Fork Services over health benefits. The dramatic news this past summer that McCoy blew the whistle on security and health violations and was fired the next day poured fuel on an explosive situation.
At the time, Marc Hollander, DHS Acting Director on the island, sided with North Fork Services that McCoy was fired for cause. They said McCoy left his critical post in the chiller room for a long period of time without telling his supervisor.

McCoy said he spoke for about 20 minutes to a half hour with Hollander and a representative from Senator Hillary Clinton’s office, who was visiting on the island. He said he was on break, and besides, he routinely worked throughout the island without supervisors knowing his whereabouts.

The day he blew the whistle, McCoy was reassured by Hollander that he would not be fired for voicing his concerns. McCoy reported to work the next day, only to be terminated in what he described as a frightening and humiliating manner, including being threatened with his life by security staff.

Senator Hillary Clinton and Congressman Tim Bishop have both maintained that North Fork Services was trying to bust up the union and didnâ€™t bargain in good faith, causing dangerous labor conditions on the island.