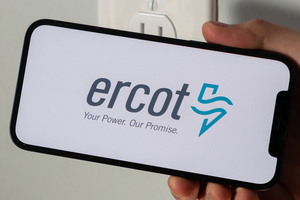 According to the Complaint, Mr. Flores was medically dependent on dialysis treatment he received at the Fresenius Kidney Care Northwest Bexar County. The facility lost power on February 15, 2021 and remained closed due to the power loss until February 19, 2021. As a result, two of Mr. Flores’ dialysis appointments were cancelled. Mr. Flores’ son made an appointment as soon as the facility re-opened on February 19, but it was too late. Mr. Flores collapsed and passes away in his driveway before he could receive necessary dialysis. The lawsuit seeks damages for Mr. Flores’ physical pain and mental anguish before his death along with punitive damages and other damages on behalf of his surviving widow and children.

The lawsuit lays out a string of allegations. The action claims that ERCOT and the other companies involved in the management of power in Texas failed to anticipate increased energy demands and increase electric production capacity in Texas in advance of the February 2021 winter storm, though similar events have happened repeatedly in recent years. The Complaint also alleges that defendants should have weatherized and updated their generation, transmission, and distribution facilities in order to prevent cold-weather power failures such as this one, but consciously chose not to do so.

Mikal Watts, founding partner of Watts Guerra LLP, noted that “Mr. Flores died needlessly through no fault of anyone but Texas energy providers who consciously chose to save money by failing to winterize their equipment after being asked to do so after the 2011 freeze.”

Bryan Fears, founding partner of Fears Nachawati, PLLC, who has decades of experience representing victims of corporate misconduct, called these companies have evaded accountability for too long. “These companies disregarded numerous warnings leading up to this tragedy,” he said. “It’s time for them to answer for their short-sighted actions.”

Jerrold S. Parker, founding partner of Parker Waichman LLP, who has battled for victims of corporate greed over many decades and in many courtrooms throughout the United States, said that the extent of the neglect by the Texas power companies is some of the most significant he has ever seen. “The deaths of nearly 200 people are now linked to February’s blackouts. Many of these deaths might have been avoided if the Texas energy industry had taken appropriate measures.”

Fears Nachawati, Parker Waichman and Watts Guerra have represented clients in injury lawsuits for decades. If you or someone you know is interested in filing a Texas Power Outage lawsuit, please call 1-800-800-4499 or visit the firms’ Texas Power Outage website.