You only have a limited amount of time to sue, so contact one of our experienced product liability attorneys with any questions today. Compensation from a lawsuit can cover damages such as medical expenses, lost wages, and pain and suffering.

What is the Bair Hugger?

The Bair Hugger is a single-use surgical warming blanket used to maintain a patient’s body temperature during surgery. The device was originally developed and marketed by Arizant Healthcare in 1987. Arizant is now a subsidiary of 3M. As such, both companies are named as defendants in Bair Hugger product liability lawsuits. 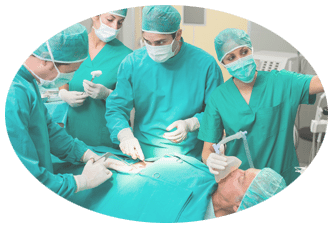 When a patient is put under anesthesia for surgical procedures, the body temperature drops significantly. The Bair Hugger is an inflatable blanket that covers the patient; the device is connected to a flexible hose, through which warm air is pumped using a portable heating unit. The Bair Hugger contains holes, allowing the warm air to blow onto the patient.

The Bair Hugger surgical warming blanket uses a “forced-air” design. Lawsuits allege that this forced-air design is defective, because it causes the device to pick up contaminants from the operating room floor and deposit them into the surgical site.

Most Bair Hugger lawsuits are filed on behalf of individuals who underwent a knee or hip replacement surgery and suffered a deep joint infection, allegedly due to the warming blanket. Plaintiffs allege that 3M and Arizant were aware of this risk but failed to implement design changes or warn the medical community.

Parker Waichman notes that the inventor of the Bair Hugger, Dr. Scott Augustine, has advocated against using the warming blanket due to the risk of deep joint infection. He now sells a competing device, which uses conductive heat instead of forced air to keep patients warm.

Dr. Augustine has stated that the Bair Hugger can increase the risk of infection during surgery due to its forced-air design. He claims that the forced-air design disrupts the flow of sterile air in the OR, leading to serious infections. “There is no question that it’s a true phenomenon. It’s happening. And it’s easy to show,” he said to Star Tribune in 2015. “With regard to orthopedic infections, a scare is what’s needed. This product should never be on another orthopedic patient.”

“We studied this extensively for about 18 months. I can tell you with 100 percent certainty that the waste heat rises every single time. This was reported before 3M even bought the company,” Augustine told Star Tribune. “3M can say that it doesn’t happen. … But when you are going against a basic law of physics, it’s kind of an absurd thing to say.” Bair Hugger product liability lawsuits have been mounting against 3M and Arizant. Plaintiffs allege that the warming blanket is defective and caused deep joint infections. 3M and Arizant allegedly failed to warn of the risks. In December 2015, the U.S. Judicial Panel on Multidistrict Litigation (JPML) established a federal multidistrict litigation (MDL) for Bair Hugger lawsuits in Minnesota. From December 2015 to October 2016, the number of lawsuits increased from 15 to over 800.

Plaintiffs in the MDL similarly allege that the Bair Hugger surgical warming blanket introduced contaminants into the surgical site and led to a serious, sometimes fatal, infection. Arizant Healthcare and parent company 3M are accused of failing to warn patients and the medical community about these risks.

While most Bair Hugger lawsuits are filed over deep joint infections, court records show that at least one plaintiff is suing over burn injuries. The plaintiff alleges that manufacturers 3M and Arizant Healthcare designed the device defectively, causing burn injuries. The lawsuit seeks compensation for burn injuries, allegedly caused by the warming blanket.

The personal injury attorneys at Parker Waichman LLP note that this is an unusual Bair Hugger lawsuit. Hundreds of other Bair Hugger claims allege that the blanket caused a surgical site injury, mostly in knee and hip replacement patients. The firm continues to keep up-to-date with Bair Hugger litigation.

If you or someone you know suffered an infection following a surgical procedure that used a Bair Hugger forced-air warming blanket, you may have valuable legal rights. The personal injury attorneys at Parker Waichman offer free, no-obligation case evaluations.