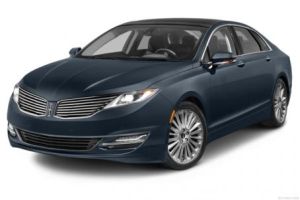 Lincoln MKZ Hybrid Fuel Efficiency Debacle. Ford is returning cash to some 200,000 customers, including the MKZ Lincoln Hybrid owners and lessees, in the wake of a fuel efficiency debacle that has led to the car maker cutting the fuel economy ratings on a number of its hybrids. The money being returned, however, may not cover the differences in what was promised and paid for and what consumers are getting. Our firm is pursuing claims on behalf of those consumers who have owned/leased or do own/lease Ford vehicles in which the original mile per gallon (mpg) figures differ from the newly released MPG figures.

The cars involved include:

Drivers and publications found that the highly touted vehicles did not perform near to the Environmental Protection Agency (EPA) sticker claims that these vehicles were offering 47/47/47 (city/highway/combined). Meanwhile, once Ford revised its ratings to 45/40/43, which is closer to what may be expected, sales of the C-Max dropped, according to a DailyTech report. Ford is now upgrading fuel economy ratings for six more models, including four different 2014 Fiesta models, the 2013-2014 models of the C-Max Hybrid, the C-Max Energi, the Fusion Hybrid, the Fusion Energi, and the Lincoln MKZ Hybrid. The hybrid and plug-in hybrid models revealed the greatest fuel economy differences.

To calm customers, Ford is offering a one-time, so-called “goodwill,” cash payment to approximately 200,000 affected customers. According to Ford, the error is the fault of the Total Road Load Horsepower (TRLHP) factor used to calculate fuel economy for new vehicles, as well in the way in which it conducted its conducts wind tunnel testing, two long-used methods in which MPG estimates are calculated. Another 15,000 customers outside of the United States were also affected.

Payments range from $125 to lease customers of the 2014 Fiesta with a 1.0-liter engine up to $1,050 owners of the 2014 MKZ hybrid. Ford did not release the total cost of the recent goodwill payment.

But this isn’t the first time that Ford was forced to drop its fuel economy ratings. It previously dropped the ratings on the C-Max Hybrid in the past year, according to The Chicago Tribune report. When Ford lowered fuel economy estimates on the C-Max Hybrid in August 2013, it made a goodwill payment of $550 to consumers who purchased the hybrid hatchback and $325 to people who leased the vehicle. At that time the issue involved utilizing the same fuel economy label of the Fusion Hybrid to the C-Max Hybrid, which the EPA allows when models share the same engine, transmission, and weight class, according to The Chicago Tribune.

In October, Ford suspected an anomaly with the recently downgraded mpg estimates, which it confirmed this March. The car maker worked with the EPA—which oversaw the testing and conducted independent tests—to revise the estimates.

Ford has long presented itself as a leader in fuel economy and was given 15 days by the EPA to correct the record. The car maker also agreed to put in place an enhanced validation tests for future vehicles under EPA oversight to ensure this error does not occur again. The EPA establishes the tests; however, the agency relies on automakers to test their own vehicles, submitting test results. The EPA will then conduct spot checks about 15 percent of the results.

In 2012 EPA certification took a hit when Hyundai and Kia were mandated to drop mileage claims on 13 models after admitting that errors were made in tests that had been conducted in Korea.

If you or a loved one purchased or leased an Lincoln MKZ Hybrid or other Ford vehicle in which the MPG promised has been dropped due to Ford errors, you may have valuable legal rights. We urge you to contact our Lincoln MKZ Hybrid lawyers today by filling out our online form, or calling 1-800-YOURLAWYER (1-800-968-7529).