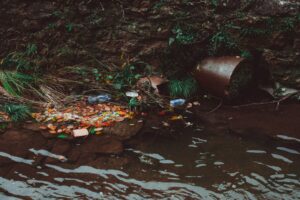 The Science Behind the Camp Lejeune Water Contamination Case

A million Marines and their families may have been exposed to contaminated drinking water at Marine Corps Base Camp Lejeune, North Carolina, between 1953 and 1987. The presence of multiple volatile organic compounds (VOCs), known to cause cancer and other serious illnesses, was confirmed in 1980.  Until Congress issued a mandate in 2007, the Marine Corps neither disclosed the details of the Camp Lejeune water contamination science nor notified affected veterans and their families.

Camp Lejeune, established in 1941, is the largest Marine Corps base in the United States. To service its population, it depended on a system of eight water systems, drawing water from over a hundred wells.

Despite Department of Defense attempts to avoid tests, the Navy Facilities Engineering Command began sampling at Camp Lejeune water treatment plants in 1980. Their lab found extensive presence of trichloroethylene (TCE), tetrachloroethylene (PCE), and benzene – all of which had known health risks. Additional study concluded that the VOCs were coming from the water treatment systems at Hadnot Point and Tarawa Terrace.

Marine officials repeatedly ignored explicit warnings from the labs about the Camp Lejeune water contamination. No action was taken for nearly 4 years.

In July 1984, the Navy finally tested 40 individual wells – and found that 10 of the 40 were contaminated. Those 10 contaminated wells were temporarily removed from use from November 1984 to February 1985, then used periodically through 1987, until the wells at Hadnot Point and Tarawa Terrace were permanently closed.

The first public notification, in a 1984 base newsletter, downplayed the significance of the contamination, indicating that officials did not expect to find any exposure to contaminants. An April 1985 newsletter claimed that the wells were shut due to “trace amounts” of contaminations. ABC One-Hour Cleaners, the source of some of the chemicals that caused the Camp Lejeune water contamination, became a handy target and excuse. Other major leaks, including a massive fuel tank leak from underground fuel tanks on base, were downplayed.

In 1988, the Agency for Toxic Diseases and Registry (ATSDR) began a public health assessment (PHA) at Camp Lejeune. The Environmental Protection Agency (EPA) designated Camp Lejeune a Superfund Site and placed it on the National Priorities List in 1989, but the Marine Corps was uncooperative and the ATSDR was underfunded, so little happened. When the ATSDR finally published a report in 1997, it noted the VOC contamination, but indicated that adverse health effects on adults and children exposed to TCE and PCE were unlikely.

As part of the ATSDR study, families with children born on the base between 1968 and 1985 were notified of possible exposure to VOCs. Mike Partain, a veteran with cancer, was among them. He connected with Jerry Ensminger, whose daughter Janey died of leukemia. The Ensminger family had no history of leukemia – but Janey had been conceived and born at Camp Lejeune. Ensminger created an advocacy group – The Few, The Proud, The Forgotten (TFTPTF) – to investigate. Ensminger and Partain conducted their own research and notified numerous former residents.

Congressional outreach prompted by TFTPTF worked. In 2007, a bipartisan amendment to the Defense Authorization Act empowered a new study, by the National Academy of Sciences, of the link between TCE and PCE exposure and health issues at Camp Lejeune. Hearings on the contamination began in 2007.

In 2009, the ATSDR withdrew its inaccurate 1997 PHA, revealing that there was far more benzene present than the report disclosed. Hearings before the House Subcommittee on Investigations and Oversight of followed. The Committee described two decades during which the Marine Corps “prevented full disclosure regarding the true extent of contamination at Camp Lejeune.” The Hearing notes are scathing: “The U.S. Marine Corps continue to view past environmental contamination at Camp Lejeune as a public relations battle rather than a public health hazard.”

On October 21, 2009, Senator Richard Burr introduced the S. 1518 “Caring for Camp Lejeune Veterans Act of 2009.” The House introduced H.R. 4555, or “The Janey Ensminger Act,” on February 2, 2010. Both sought to provide some compensation and expedited service for Camp Lejeune veterans. Neither passed.

Finally, on August 6, 2012, H.R. 1627 was passed, giving some active-duty veterans and their families eligibility for hospital care and medical services through the VA.

In 2014, the ATSDR documented an increased risk of cancers among personnel exposed to contaminated drinking water at USMC Base Camp Lejeune.